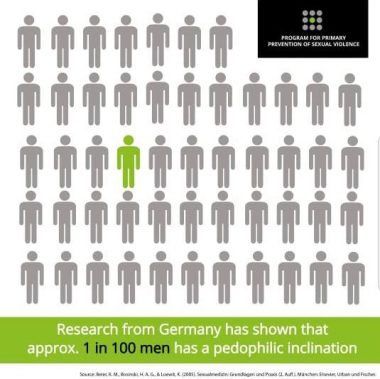 “Pedophile”, the instant we hear this word a lot of references from the media come up and we have this image of a ‘monster’ who has committed a crime of child sexual abuse. However, this use of the term pedophilia is in fact wrong. Pedophilia is a clinical term, and not the description of a criminal profile. In fact, many people who have pedophilia never commit a crime against children, and in turn, many people who sexually abuse children are not even pedophilic. Let us clear this up for you:How experts define pedophilia (and hebephilia)The medical coding system of the World Health Organization (WHO) defines pedophilia as a “sexual preference for children”. More specifically, pedophilia describes the sexual attraction towards the body scheme of prepubescent children who are in the stage before pubertal development – for instance, they have no pubic hair, and in case of girls no developed breast. Researchers estimate that approximately one in 100 men experiences sexual attraction towards children.

Please fill in the details